We still use the dry cells, I mean the non-rechargeable batteries, widely in our life. Here zinc chloride supplier tells you what kinds of batteries we are using and what their characters are. 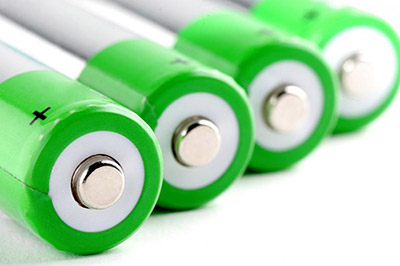 First, let us see the glossary below:

A device that produces a voltage through a chemical reaction that can supply an electric current to an electronic or electrical device, appliance, or tool. Examples are cells AA, AAA, C, and D. Although these are technically called "cells", they are often referred to as "batteries".

A single cell can only produce a low voltage, usually 1.2, 1.5, or 3.6 volts. A battery consists of multiple cells connected in series, so the voltages add up. The battery is encapsulated by a housing.

There are several widely available technologies:

These were the first widely used non-rechargeable batteries. They have zinc powder inside. Their capacity is between one-fourth and one-fifth that of alkaline batteries. They have a relatively high internal resistance, which makes them more suitable for low current consumption devices such as radios, toys, and low power flashlights. They do not perform well at low temperatures, and high temperatures can dry out the electrolyte.

Pure zinc is used as the anode, and ammonium chloride and a proportion of zinc chloride are used as the main electrolyte. Natural manganese dioxide ore is used here as the cathode material. These cells are typically used where cost is more important than performance. Heavy-duty Leclanche' batteries are used mainly in zinc chloride batteries. 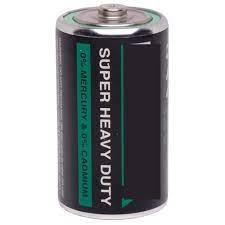 These have several advantages over zinc-based batteries. The capacity is three to five times higher, they can provide high current output, they have good high and low temperature performance and a long shelf life, and they lose about 5% of their capacity per year.

However, compared to zinc batteries, alkaline batteries are the most expensive, but the price difference has narrowed over the past 20 years as production has increased. The capacity of alkaline batteries depends heavily on the current load. At low currents, AA batteries can have a capacity of 3 AH, but this can drop to less than 1 AH at a current draw of about 1 amp.

Lithium batteries range in voltage from 1.8 to 3.7 volts. These batteries are expensive compared to alkaline batteries, but have a higher energy storage density. They are suitable for high current demand applications and have a constant output voltage during discharge, unlike the tilted voltage characteristics of other primary batteries. Li-ion batteries have a long shelf life, with a capacity loss of only about 0.5% per year.

For battery manufacturers that want to wholesale zinc chloride, please come to COASTAL ZINC for products with cheap price and high quality.