Industrial Use and Disposal Measures of Zinc Chloride

Zinc Chloride is used as an activator in the production of activated carbon in the inorganic industry, making activated carbon a porous material and increasing its surface area. It is also used as a raw material for the manufacture of anti-alcohol foam fire extinguishing fluid and zinc cyanide. In the organic industry, it is used as a solvent for polyacrylonitrile, as a contact agent and dehydrating agent for organic synthesis. Condensing agent, deodorant. Special surfactants and catalysts used in the production of vanillin, rabbit ear grass aldehyde, indomethacin drugs, and cation exchange resins. Used as a purifying agent in the petroleum industry. In the dye industry, it is used as a stabilizer for the color salt of ice dye dyes, and also used in the production of reactive dyes and cationic dyes. Used as auxiliary material of vulcanization accelerator in rubber industry. Used as mordant, mercerizing agent and weighting agent in printing and dyeing industry. The electroplating industry is used as a zinc ion additive for ammonium salt zinc plating. The pigment industry is used as a raw material for white pigments. The metallurgical industry is used to produce aluminum alloys and treat metal surfaces. Used as a rust remover during welding. Coal preparation plants are often used for floating and sinking experiments.

Zinc Chloride Solution is used as a dehydrating agent and condensing agent in the organic synthesis industry and as a catalyst for the production of vanillin, laureus aldehyde, anti-inflammatory and analgesic drugs, and cation exchange resins. Can be used as a solvent for polyacrylonitrile. Used as mordant, mercerizing agent and sizing agent in dyeing and weaving industry. The textile industry is used as the raw material for the production of sliver barrels, shuttles and other materials (cosolvent for cotton fibers), which can improve the adhesion of fibers. 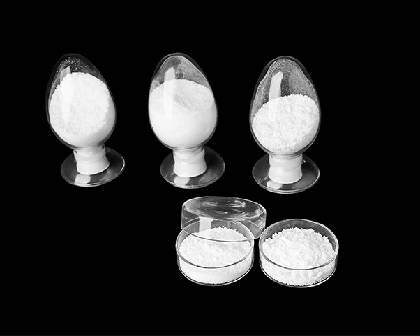 Zinc chloride is very toxic and can severely irritate and burn the skin and mucous membranes, and cause allergic dermatitis when it is in contact with the product vapor for a long time. Inhalation of zinc chloride fumes can cause paroxysmal cough and nausea after 5-30 minutes. Damage to the upper respiratory tract, trachea, and bronchial mucosa. The United States stipulates that the maximum allowable concentration of zinc chloride smoke is 1mg/m3. Production personnel must wear work clothes, protective glasses, gas masks, and latex gloves to protect the skin, eyes, and respiratory organs. The workshop should be well ventilated and take a hot shower after get off work.

Isolate the leaked and contaminated area and set up warning signs around it. It is recommended that emergency personnel wear gas masks and chemical protective clothing. Do not directly touch the leakage, avoid dust, collect and transport to the waste disposal site for disposal. Dissolve it in water, add sulfide to cause precipitation reaction, and then discard. If there is a large amount of leakage, collect and recycle or discard after harmless treatment. Waste disposal method: Pour the waste into water and add soda ash to stir and neutralize, then dilute with water and discharge it into the sewer, or recover zinc chloride from the waste catalyst and use it as an additive for polypropylene fiber spinning solution.