What is Zinc Chloride?

Zinc Chloride is a chemical compound with the chemical formula ZnCl2. There are nine different crystalline forms of zinc chloride currently known. Some of these zinc chloride hydrates are white and some are colorless. They are very soluble in water. Zinc chloride exhibits hygroscopicity, that is, it can attract and trap water molecules in its environment.

It is worth noting that the zinc chloride bond in zinc chloride has some covalent properties, which is also the reason for its low melting point and solubility in inert solvents. 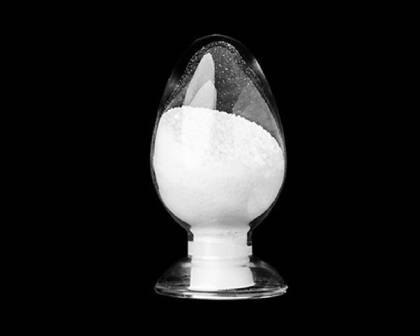 Zinc chloride is a solid at room temperature, and the appearance is white crystals. It is tasteless.

The solubility of this compound in water is 432 g/100 g. It is also soluble in acetone, ethanol and glycerin.

The four polycrystals of zinc chloride have a tetrahedral coordinate geometry structure between Zn2+ ions and Cl- ions.

When zinc chloride is dissolved in water, the resulting solution is acidic. The pH of an aqueous solution of zinc chloride with a concentration of 6M is 1.

When heated, the hydrated form of zinc chloride loses water and yields a small amount of ZnCl.

Since the general formula of the compound produced by its reaction with metal oxides is MZnOCl2 (where M is a metal), zinc chloride is used as a soldering flux/cleaning agent. This flux can dissolve the oxide layer on the metal surface.

In the molten state, this compound can be used as a catalyst for some aromatic hydrocarbon reactions. For example, with the help of molten ZnCl2, hexamethylbenzene can be obtained from methanol.

Because it is a medium-strength Lewis acid, this compound can also be used as a catalyst for Fisher indole synthesis and some Friedel-Craft acylation reactions.

Lucas reagent is a solution of Anhydrous Zinc Chloride and concentrated hydrochloric acid. This reagent is very useful in the preparation of alkyl chlorides.

Some smoke bombs use a mixture of zinc oxide and hexachloroethane. Upon ignition, these compounds react to form zinc chloride smoke, which acts as a smoke screen.

Zinc chloride is also useful in fingerprint detection because it forms an easily detectable complex with Ruhaman Violet. The aqueous solution of this compound can be used for disinfection purposes after being diluted. It is one of the ingredients of several disinfectant mouthwash products.